The Jordanian telecom Service provider Umniah and the Jordan Electric Power Company (JEPCO) will jointly form a new company for deploying fiber optic broadband in Jodan. Umniah, which is a Jordanian subsidiary of Bahrain-based Batelco will utilize the infrastructure owned by JEPCO to deliver high-speed broadband services over fiber optic cables.

The partnership to set up a new company to create the infrastructure for a large-scale fiber optic network servicing the areas operated by Jepco will be a new chapter in the broadband history of Jordan. JEPCO has been making trials by itself in order to study the fiber optic network deployment options using its existing electric cable poles. The electric utility company was in discussion with various providers primarily with Umniah for broadband services.

An agreement was signed by Umniah’s CEO Ziad Shatara and JEPCO chairman Isam Bdeir. Under this partnership, a new company co-owned by Jepco and Umniah will be established. After receiving all necessary permits and certifications, the new company will roll out a new fiber optic network covering all areas in which Jepco operates. This, in turn, will serve subscribers of both companies in addition to offering wholesale services to other service providers.

The network infrastructure will be mainly aerial type in order to utilize electric poles owned by JEPCO. It is estimated that roughly 60 percent of the civil construction cost could be saved by using aerial deployment. Underground installation requires the acquisition of a lot of ‘Right of Ways’ and digging work that often halts daily life apart from being costly.

Regulation in some countries does not allow aerial deployment of cables due to concerns that range from the beauty of landscape to the safety risks. Aerial cables are often resting places for birds and are therefore prone to damages. However, the ease of deployment makes it an attractive option for network builders especially for companies like JEPCO who owns the poles. 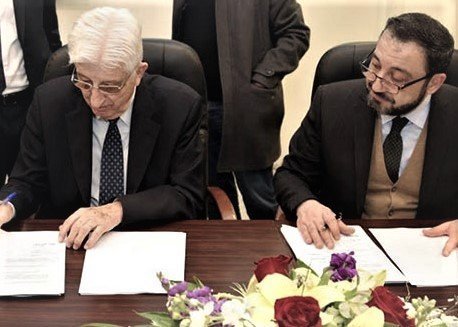 Ihab Hinnawi, the CEO of Batelco Group commended the efforts of Umniah to revolutionize the Jordanian telecommunications landscape and to support the efforts of the government to create a digital economy. He further underscored Batelco Group’s confidence in Jordan’s economic and investment potential, noting that this agreement will help broaden the scope of investments made by Batelco in the Kingdom.

Hinnawi added: “This strategic partnership demonstrates the effect of Batelco’s innovation, efforts, unique offerings as well as its highly effective organizational culture, which are all inspired by a firm conviction that our commitment to the communities in which we operate makes our strategy more sustainable while entrenching our uniqueness and decreasing the cost on our clients.”

The strategic partnership has enjoyed strong support from Umniah’s shareholders due to its high impact in strengthening the telecom’s local and regional positioning and providing customers with the best services while simultaneously supporting the country’s developmental efforts and satisfying the Jordanian government’s requirements.

Isam Bdeir highlighted the importance of this partnership with Umniah, which he noted will yield considerable returns to its investors, partners and the overall economy by implementing a forward-thinking business model that integrates the energy and telecommunications sectors.

He added that the new company and the planned fiber optic network will revolutionize the delivery, billing and communications operations for Jepco, thus helping to bring Jordan’s electrical grid into the twenty-first century.

Umniah’s CEO Ziad Shatara expressed his gratitude to Jepco for choosing Umniah as a partner in this large-scale project. “This partnership is yet another milestone in Umniah’s ever-growing legacy, one of which we are all proud. Our primary objective is to accelerate internet and digital penetration nationwide and to redefine the way Jordanians perceive and interact with technology,” he said.

“More importantly, this partnership will help propel the local economy by creating an environment that is conducive to business development and growth. This will help create additional job opportunities, all the while providing existing businesses with the tools and infrastructure needed to expand their operations,” he added.

In 2018, Umniah and Jepco had completed one of the largest infrastructural projects in the Kingdom by establishing an over-ground fiber optic network running in parallel to the electrical grids operated by Jepco.

This network aided in connecting and automating a number of power substations and in the installation of smart counters throughout various areas in Amman. Moreover, the network has also allowed Jepco to remotely manage electrical grids in various areas. The partnership is also facilitating the delivery of cutting-edge internet services to various areas, with more areas set to receive coverage in 2019.