Proximus brings high-speed broadband services to the city of Aalst in Belgium. The service provider announced its “Fiber for Aalst” project intending to take Optical fibers to every partner of the Aalst.

Proximus has made plans to deploy optical fiber cables the entire city center and some surrounding districts. The entire area will gradually be served with optical fiber and most of the businesses and households in Aalst will have access to the fixed fiber network. As of now, 400 business sites in the city of Aalst are already connected or eligible to Proximus’ fiber.

Proximus is the first operator in Belgium to provide a full fiber network to the residences in the city of Aalst.

The roll-out of optical fiber in Aalst will ensure high-speed connectivity to the residents and businesses as they would get access to the most advanced digital services, which in turn would lead to growth and employment in the city and the region.

The fixed fiber infrastructure in the city opens up a world of new opportunities for the further digitization of the city of Aalst. The roll-out of fiber and the connectivity to thousands of sensors and devices will improve mobility, public safety and air quality in Aalst. In the future, fiber networks will become an essential part of every city’s infrastructure, just like water or electricity.

The fiber roll-out will take place in various phases in consultation with the city. Currently, more than 4,000 business sites in East Flanders are connected or eligible to Proximus fiber, 400 of which are in Aalst. Proximus is proactively contacting each business individually to see which fiber solution best fits its specific needs.

Proximus has plan to connect at first around 84 large new building projects with optical fiber. By the end of 2020, the entire inner city will be gradually provided with fiber, which will connect more than 15,000 homes, 45,000 residents. Later, Proximus will move to the sub-municipalities.

Proximus said it will ensure that the impact of the construction works will be limited to a minimum. Before the works start, Proximus will carry out an analysis to optimize the roll-out and will opt as much as possible for wall mounting instead of underground installation, especially in built-up areas. This means only a limited number of streets and pavements need to be dug up, and the roll-out will go much faster. 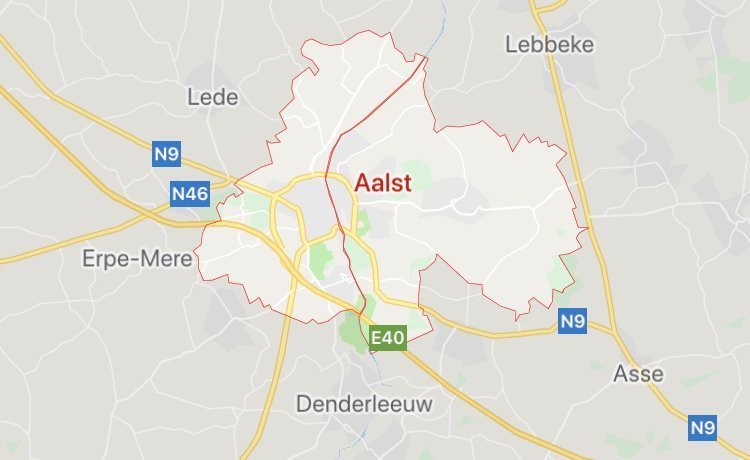 Proximus will communicate openly and transparently with all residents and businesses in the areas where fiber will be deployed. Local residents will be extensively informed of the roll-out and advantages of fiber through a communication plan tailored to them, with, among other things, an 0800 number, information in the shops and local info sessions.

In December 2016, Proximus announced an investment of 3 billion euro over the coming 10 years to accelerate the roll-out of fiber in Belgium. Proximus will reach most businesses and city centers in Belgium with optical fiber.

Over the past two years, Proximus has been starting the fiber roll-out in no fewer than nine cities and this year another seven will be added, the first being Aalst.