Canadian telecom giant TELUS will expand its fiber optic network deployment to Kelowna and West Kelowna. Telus had announced plans for fiber optic network installation that will cover more than ninety percent of business and resident subscribers. The telecom operator will invest 100 dollars to realize this project.

Being head office of the regional district of Central Okanagan, Kelowna is a city on Okanagan Lake in the Okanagan Valley, in the southern interior of British Columbia, Canada. With a population of more than 180,000, Kelowna is the 22nd largest city in Canada and the third largest metropolitan area in BC. 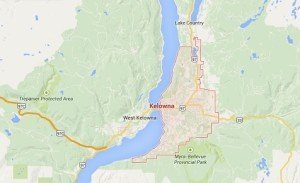 Vancouver is one of the known cities near to Kelowna. Other neighbor communities are district municipality of West Kelowna, Vermon, Peachland, Summerland and Penticton. Telus had already started the project in the region in the last fall. The deployment work will continue and the company estimates to connect homes and businesses by the coming spring season.

Fiber optic broadband is surely going to provide a totally new enhanced experience to the end users. The deployment projects moving forward all around the world is an indication of the growth of applications that require higher bandwidth at user end. Optical fibers can easily carry such high bandwidths due to their inherent data carrying characteristics. The light used to send information at wavelengths from 1260nm to 1625nm can send and receive terabits of data, a property unique to optical fibers, makes it a natural choice for telecom operators.

Kelowna’s health care providers, educational institutions and technology companies are a few beneficiaries of fiber optic deployments apart from residential customers. Local businesses can speed up their transactions while connecting to a more secure and more faster international connectivity. Faster, seamless and secure internet browsing is just one of the preliminary benefit of fiber optic broadband.

A strong economy is necessary for a healthy and thriving community, and this fiber optic network will put Kelowna at the forefront of the emerging digital economy, connecting the community together with other parts of B.C., Canada and the rest of the world, Telus officials commented. Last year the operator had announced an investment if 2.8 billion dollars to provide connectivity throughout British Columbia.

Officials said that the work is underway in West Kelowna, where residents can expect to see the TELUS team throughout the community in the coming weeks knocking on doors to discuss connecting homes and businesses directly to its fiber optic network. There is no requirement to be a current TELUS customer to be connected to the network, nor are there any conditions to purchase services once the build is complete.