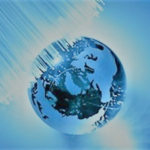 For years and probably for centuries Afghanistan has been cut out of the main stream human achievements most recently due the fundamentalist insurgency. Afghanistan’s strategist position is crucial for the country to play a leading role to connect Europe with South East Asia. Ever since the social turbulence started in Afghanistan, the rest of the world has been travelled a much long path keeping the country a stand alone point in the history. Telecommunication is the one the fundamentalist groups may dislike as it will connect people of Afghanistan to the rest of the world.

MTNL, Mahanagar Telecom Ltd, India, and Aksh India Limited will jointly start rolling fiber optic cables to the last mile, thus joining India to the list of nations where FTTH rollout is substantial in Asian countries like Korea, Japan, Hong Kong, Taiwan, Singapore, China, etc. This joint promotion of FTTH will be the first of its kind and will replace…

Telecom Italia announced that it is close to launching services on a fiber to the home (FTTH) network in Catania. Initial customers have access to trial 100-Mbps links this week.

According to the study results, the global consumption value of fiber-optic circulators reached nearly $170 million last year (2007). During the forecast period of 2007-2012, that value will climb to $280 million. Telecommunications will maintain its dominant market share lead throughout the forecast period. The forecast is in tune with the deployment trend in the optical fiber business segment.

FTTH projects in UAE were moving faster in competition with other major FTTH connected locations at Far East Asia. UAE fiber projects are not stopped but reduced its speed due to the uncertain market conditions. The considerable number of expatriate community is under uncertainty and this has put the projects and new demands from customers also under uncertainty. Once the economic recession melts down, the real estate sector and the telecommunication projects will get the lost glamour in UAE, it is anticipated.