Nowadays, a huge number of bandwidth-hunger devices are housed in data centers, like clustered storage systems, backup devices, and various servers, which are all connected by networking equipment. These devices need reliable and scalable cabling structure for high performance and flexibility. For some large- or middle-sized enterprises, their billion-dollar business lie in the suitable deployment of fiber patch cords and fiber optic transceivers. Since there are many kinds of patch cables available in the market for transceiver modules to promote data transmission in enterprises’ data centers, it seems a little difficult to choose the right kind for such transceivers. This text tackles this issue and provides some selection guide.

When delve into this topic, it’s imperative to have a basic understanding of the fiber optic transceiver.

Fiber optic transceiver, just as its name replies, is a self-contained component that can both transmit and receive signals. In most cases, this transceiver is plugged in devices such as routers or network interface cards which offer one or more transceiver module slot. In its whole signal transmission process, the transmitter takes an electrical input and converts it to an optical output from a laser diode or LED. The light from the transmitter is coupled into the fiber with a connector and is transmitted through the fiber optic cable plant. The light from the end of the fiber is coupled to a receiver where a detector converts the light into an electrical signal which is then conditioned properly for use by the receiving equipment. 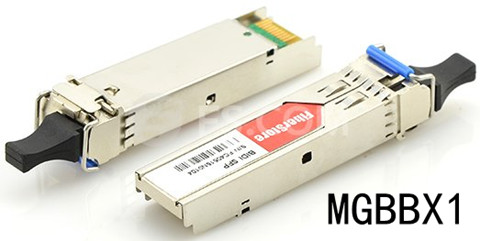 It’s known that fiber patch cords can be classified into single-mode and multi-mode fiber patch cord based on cable mode used. Single-mode patch cords, usually in yellow color, are with 9/125 fiber glass and has only one pathway for signal transmission, while multi-mode ones, often in orange, are with OM1 62.5/125 or OM2 50/125 fiber glass, and allow multiple pathways and several wavelengths of light to be transmitted with the large core.

According to the cable structure, patch cord can be divided into simplex and duplex versions. Simplex, also known as single strand, patch cable has one fiber, while duplex cable has two fibers joined with a thin web. Both simplex and duplex patch cords are available in single-mode or multi-mode versions. Because simplex patch cord has only one fiber link, its typically deployed for applications that only require one-way data transfer. For those applications, like fiber switches and servers, it’s advised to select duplex fiber optic cable for simultaneous and bidirectional data transfer. Additionally, there is also ribbon fan-out cable assembly (ie. one end is ribbon fiber with multi fibers and one ribbon fiber connector such as MTP connector (12 fibers), the other end is multi simplex fiber cables with connectors such as ST, SC, LC, etc.).

How to Select Right Patch Cord for Transceiver?

In this part, I will take Cisco transceiver modules for example. For example, I need the suitable cable type for these two Cisco GbE transceiver modules, GLC-EX-SMD and MGBLX1. Then how to choose the right type? According to “Cisco Gigabit Ethernet Transceiver Modules Compatibility Matrix”, GLC-EX-SMD is the 1000BASE-EX SFP module that works through single-mode fiber (SMF) with LC duplex, and MGBLX1 is the 1000BASE-LX SFP module also for SMF with LC duplex. In such a case, since both two modules operate on SMF with LC connector, what I need is the with LC-LC duplex single-mode patch cable.